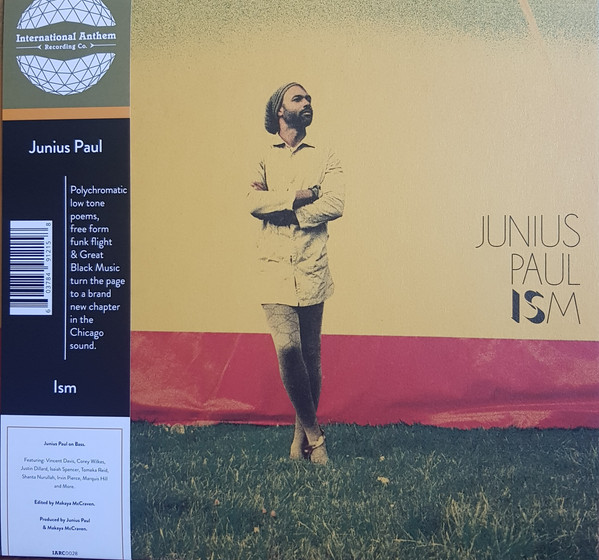 Junius Paul, the The Amrican jazz bassist Junius Paul on International Anthem turn the page to a brand new chapter in Chicago Sound. Ism opens audaciously with the spiritual mic-check “You Are Free To Choose,” a track that features bassist Junius Paul alongside Vincent Davis (drums), Justin Dillard (piano), and Corey Wilkes (horns). This is by no accident. In many ways, “You Are Free To Choose” captures the spirit of Junius Paul’s artistic roots. Corey, Justin, and Vincent were among the multigenerational cadre of Chicago musicians present when Junius chose to follow his own path of creative discovery at the storied Velvet Lounge on the South Side of the city in 2002.

Though he began learning his craft playing in church, Junius’s creative voice really developed during jam sessions at clubs like The Velvet alongside members of the AACM. It was iron sharpening iron, the most natural form of knowledge transfer. He explained The Velvet’s vibe in 2018: “It’s like in Africa.... If you had this society of diviners or medicine people, or you know, sages… The Velvet stuff is not secret; but there are certain aspects of it… if you weren’t there, you weren’t there.” The Velvet Lounge closed in 2010. But, of course, the spirit of the Velvet Lounge is not dead. “Tune No. 6,” recorded live at the Co-Prosperity Sphere in Chicago, is a sweet interlude here to remind us that jazz is alive, bristling with what’s yet to come.

As Junius pushes forward as a creative musician, he is careful to carry with him the spirit and the knowledge he’s gathered from those who have come before him. He is very literally a bridge between generations of the Chicago vanguard, currently playing in a handful of combos with Makaya McCraven (who produced several of the tracks on Ism) as well as a few of Roscoe Mitchell’s working groups – most notably the Art Ensemble of Chicago – in addition to fronting his own band.

You Are Free To Choose

View From The Moon

The One Who Endures

Fred Anderson And A Half 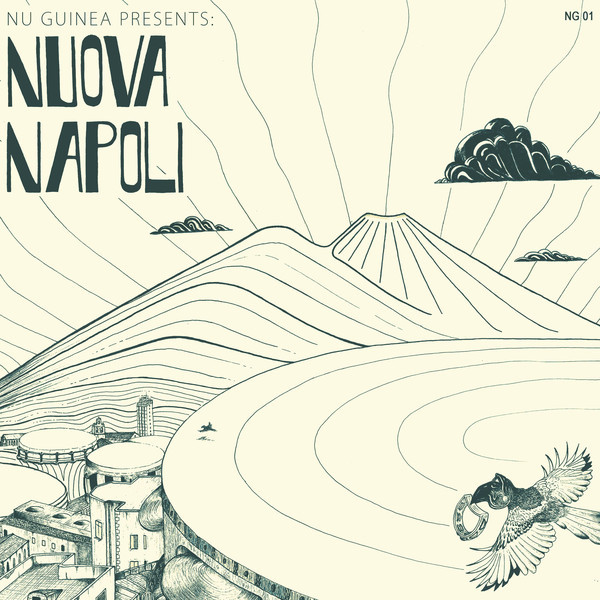 Almost 2 years after the success of the album THE TONY ALLEN EXPERIMENTS and a few months after the release of the 7inch AMORE, Nu Guinea return to the scene with a new LP published by their newborn label NG RECORDS.After touring the world looking for sounds suitable for their vibrations, NU GUINEA decided to go back to square one, Napoli, where Massimo Di Lena and Lucio Aquilina were born and raised. They watched their city from a distance reconstructing its energy from their studio in Berlin, calibrating the synths on the meridian of Vesuvius, the volcano that has always protected and threatened Napoli.NUOVA NAPOLI is the result of a long musical research that has become a historical investigation on the sound that shaped Napoli during the ‘70s and ‘80s, starting from the contamination of genres (disco, jazz-funk, African rhythms) which ended up in Nu Guinea’s DNA.In this album the synthesizers fill the spaces between the past and the future, tightening in a single body acoustic instruments, electronics and voices in Neapolitan dialect. It is the first time that the duo has worked with such a large group of musicians, some of whom are exponents of the contemporary Neapolitan scene.WARNING: We recommend listening to Nuova Napoli while walking in the alleys of Napoli’s historic center, around wet clothes hanging and street vendors on tiny three-wheelers. 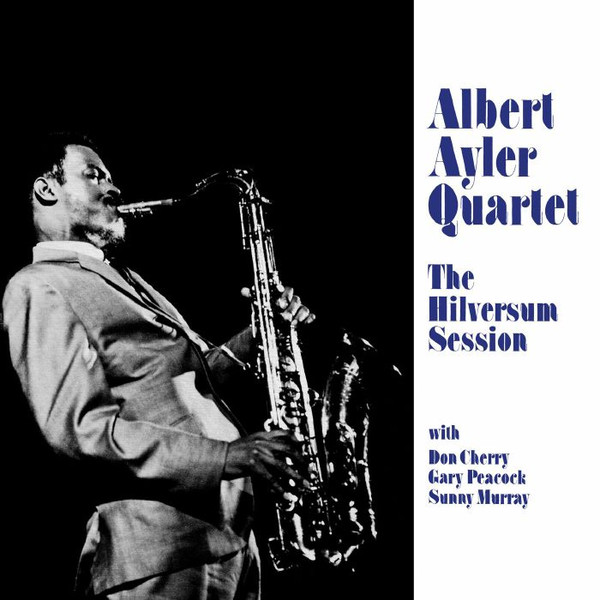 Our Swimmer is pleased to present the first official vinyl reissue of The Hilversum Session in over thirty years.Jazz iconoclast Albert Ayler took the experimental leanings of contemporaries like John Coltrane and Ornette Coleman as a starting point and then blasted them to stratospheric extremes, creating some of the most polarizing and brilliant music of the 20th Century. In particular, 1964 was a pivotal – and well documented – year in the free jazz artist’s career. After returning to New York, Ayler assembled a brilliant group with Sunny Murray on drums and Gary Peacock on bass, recording Spiritual Unity, Ayler’s first record for the legendary ESP-Disk’ label, that summer.Soon after that session, Ayler took his trio to Europe where they were joined by cornetist Don Cherry for a tour of The Netherlands, Sweden, and Denmark. The Hilversum Session is a live radio session recorded on November 9th, 1964. At that point the quartet was months into its European tour and the interplay is extraordinary. On classic Ayler compositions like “Spirits” and “Ghosts” the band absolutely rip, with a kind of intuition and connectivity rarely heard, creating some of the most untethered and undeniably powerful music in the history of free jazz. 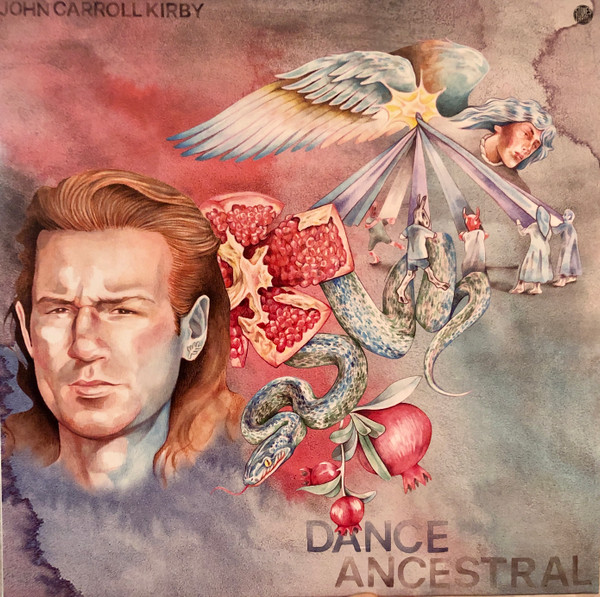 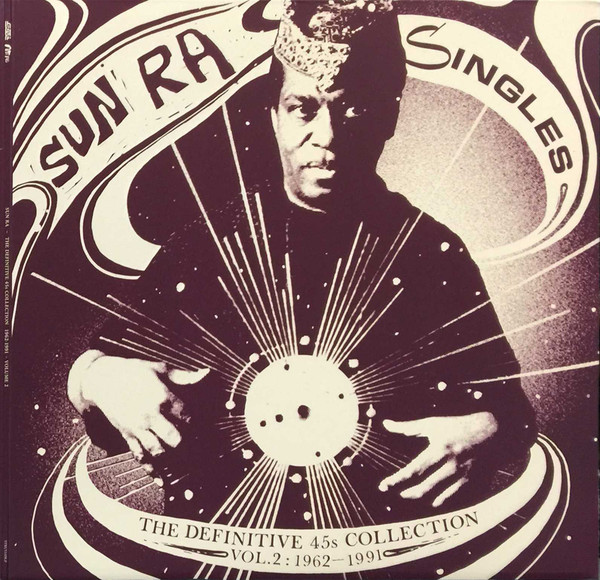 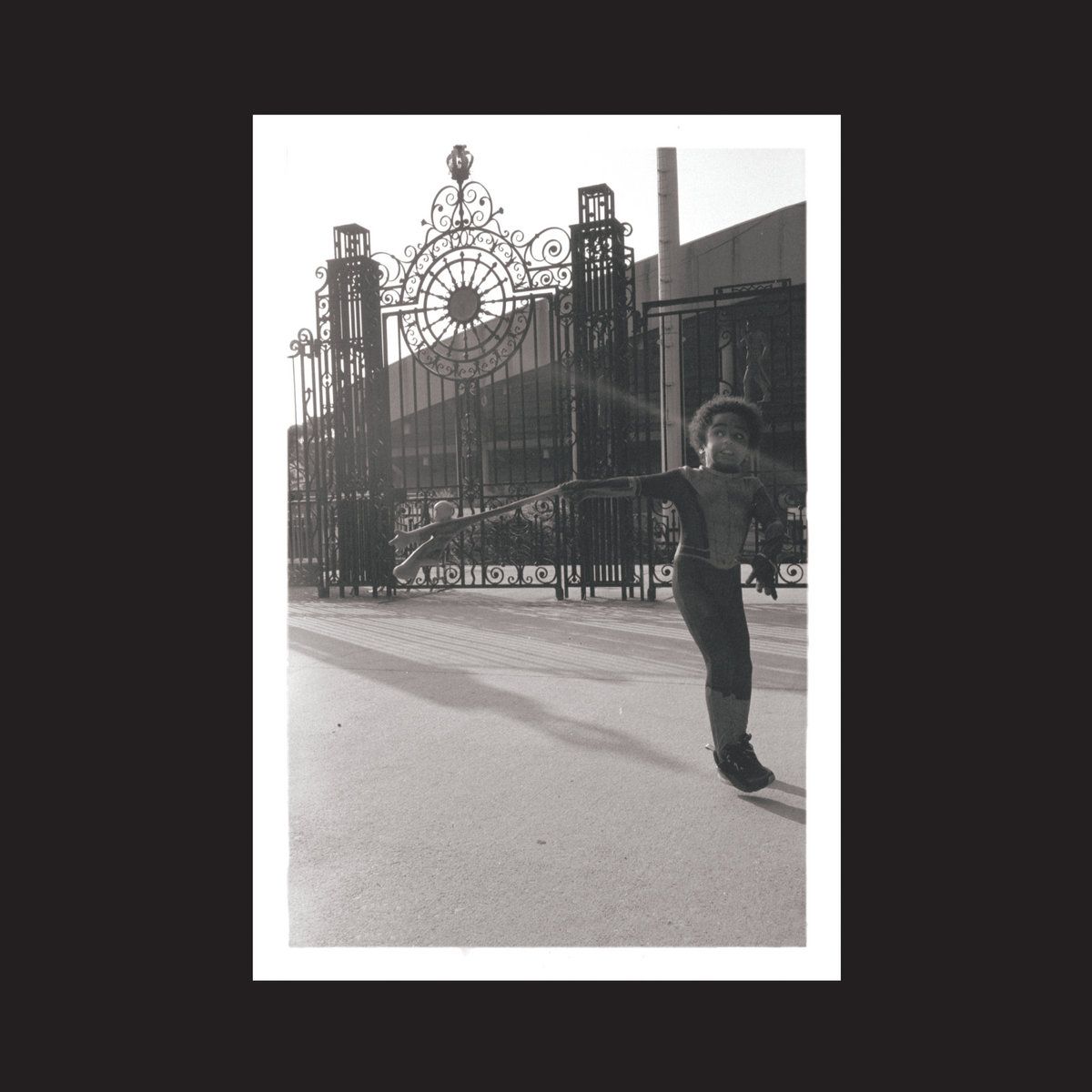 Irreversible Entanglements’ third full-length album OPEN THE GATES is ethereal shards of jagged onyx, a melancholic exploration of the post-colonial debris that surrounds us. Let’s watch and listen, as this platter snakes through the sandy ashes of possible histories, dialogs with a nervous present, and asks to be birthed into a holographic new future. “Together in holy sound!” the band stitches patient anthems out of atmosphere. Pulling from a wider sonic vocabulary than on previous excursions, the agit-jazz found here is simultaneously pre- and post-apocalypse, as bass lurches in a tranced-out loop, horns are up in the track grooves like poltergeists playing in the streets, poetry cascades like a warrior call at a satsang, the drums both wild and refined pulse with uhuru-heart cadence. This is Irreversible Entanglements on new ground; same as the old ground. 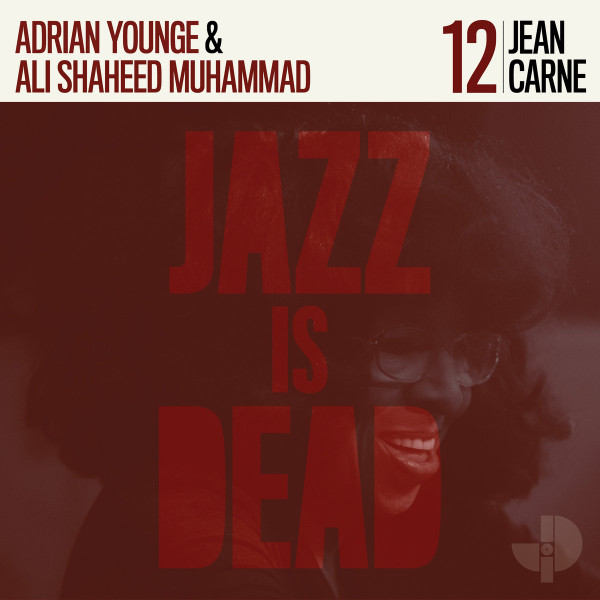