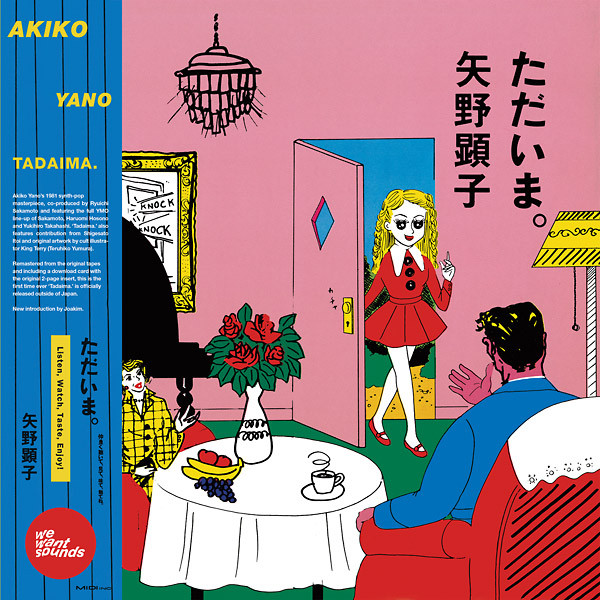 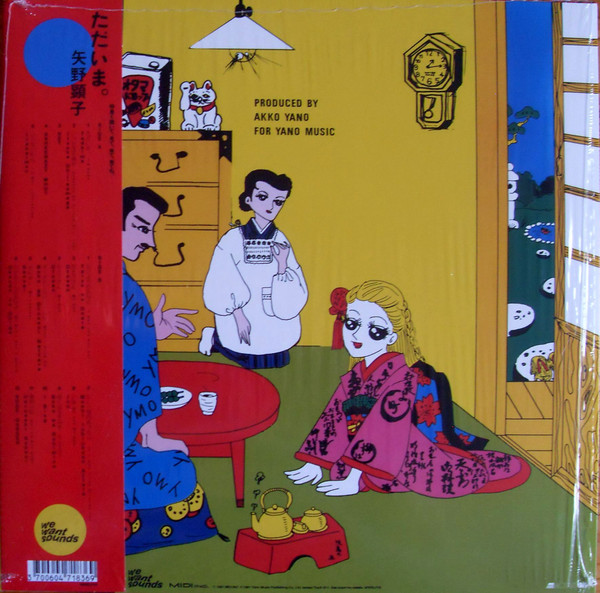 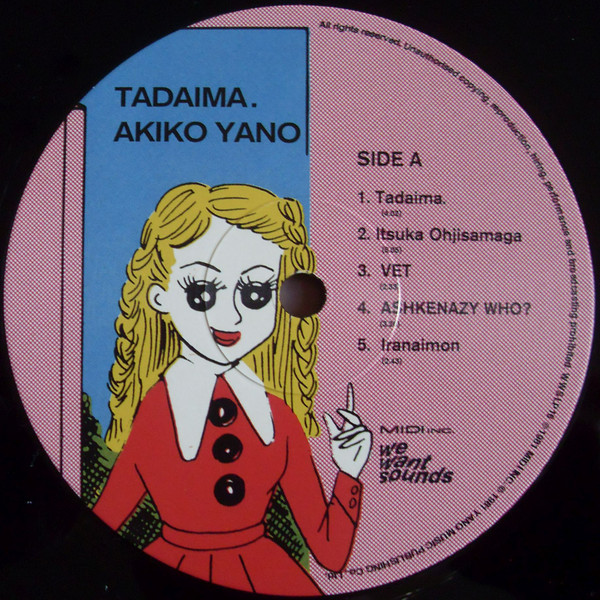 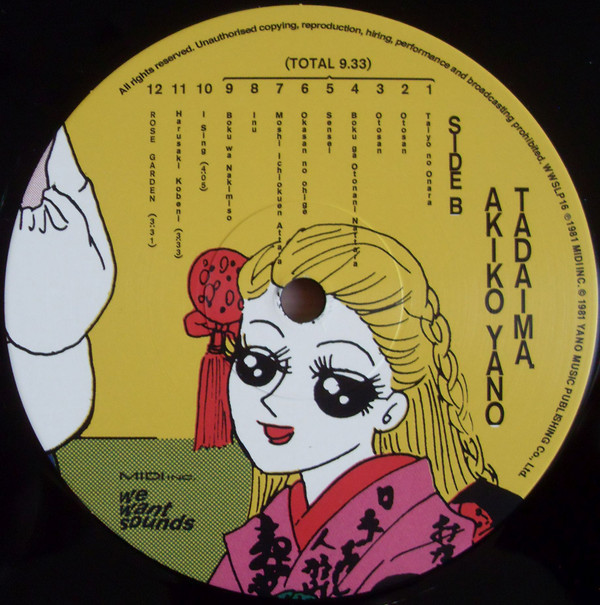 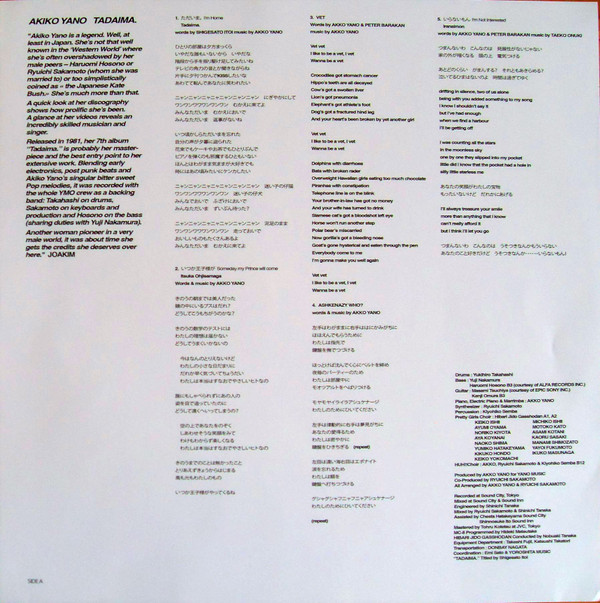 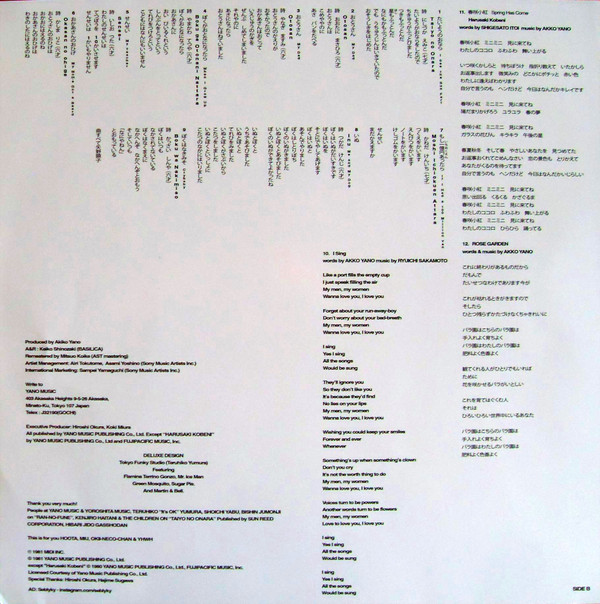 Akiko Yano is a legend in Japan. Her 1981 synth-pop masterpiece 'Tadaima.', is co-produced by Ryuichi Sakamoto and features the YMO musicians: Haruomi Hosono, Yukihiro Takahashi and Sakamoto. The CD reissue includes original artwork by cult illustrator King Terry plus a new introduction by renowned DJ and producer Joakim.

2022 Repress Tracked and send in specified vinyle packaging with plastic sleeve protection and stickers. Rip Samples from vinyl, pics and Discount on www.lediscopathe.com. Please feel free to ask informations about our products and sell conditions. We ship vinyles world wide from our shop based in Montpellier (France). Come to visit us. Le Discopathe propose news and 2nd hands vinyls, collectors, rare and classic records from past 70 years 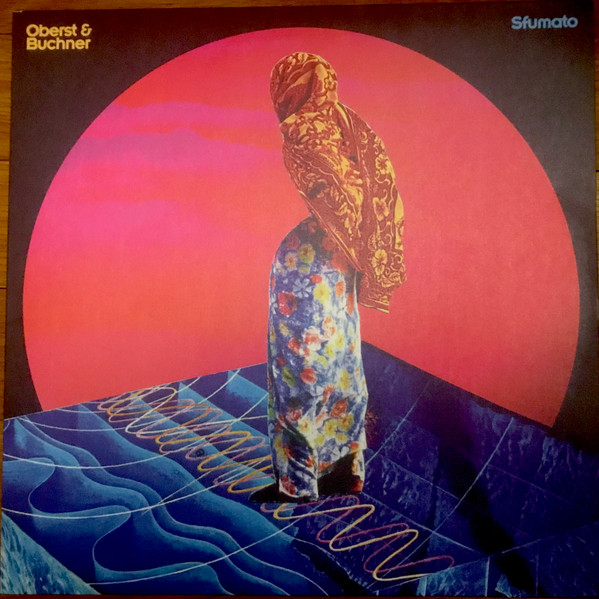 Each track of Oberst & Buchner's debut album "Sfumato" is rich with anticipation and residue - it feels like being taken on a very controlled journey through space and time by another life form. The two friends and musicians from Vienna and Berlin shift themes and melodies gradually into one another, producing billowing pieces of music with soft and foggy outlines. Just like you can get lost in the perfection of a single brush stroke in a renaissance painting from up close, if you step away you can't help but admire the planning, skill and instinct coming together in this album and every single track. The two producers almost seem to make use of the sounds that are not there, triggering our expectations and creating premonitions in our minds.The complex sound patterns are frequently juxtaposed by simple, almost naive melodies that make everything feel innately known but alien at the same time. On "Eye Liquor" the feature guest Tobias Koett brings just the right amount of fragility and humanity to offset the moodily awakening fantastic sonic beast beneath. With analogue sounds the two celebrate the past and the future, creating murmuring, breathing streams of consciousness. We couldn't be more excited to see where the travels lead. 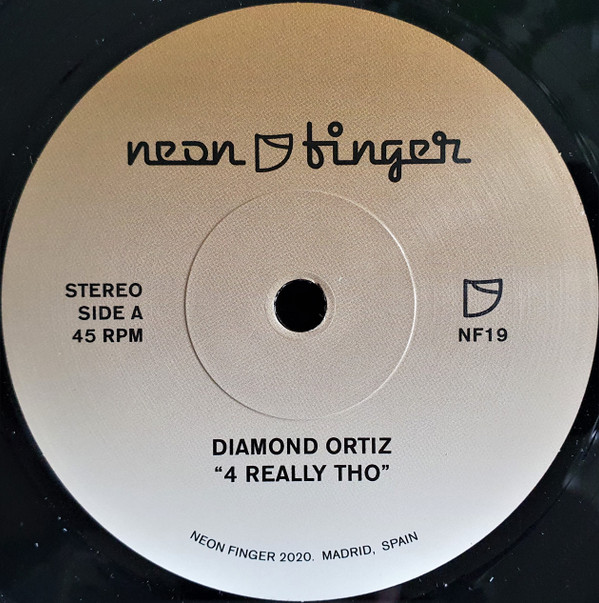 Californian artist Diamond Ortiz makes his Neon Finger debut and in doing so brings plenty of his homeland's sunny soul to the fore. This magnificent 7" brims with West Coast influences and low riding beats. The original version on the a-side, '4 Really Tho', is all filtered vocals and squelchy boogie bass that is impossible warm and smooth. Dazzling chords and big hand claps complete the vital cut and then the flip removes the vocal and allows the majestic chords and bass to really shine. This sure is an essential cop for all funk lovers. 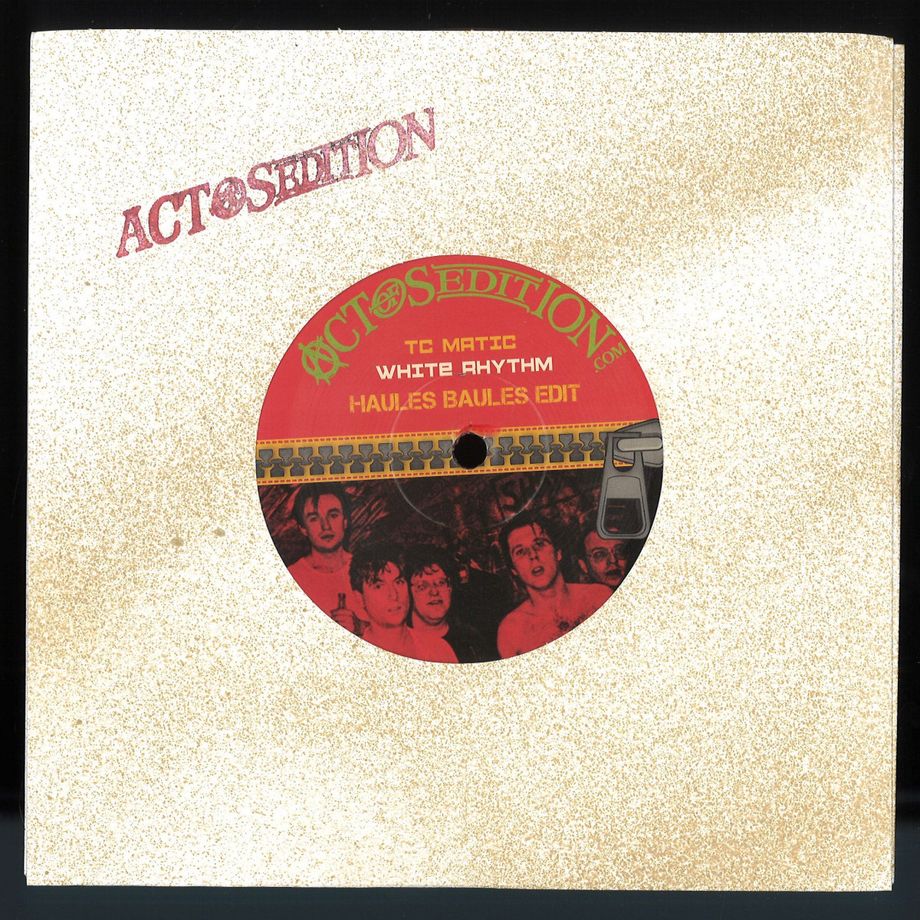 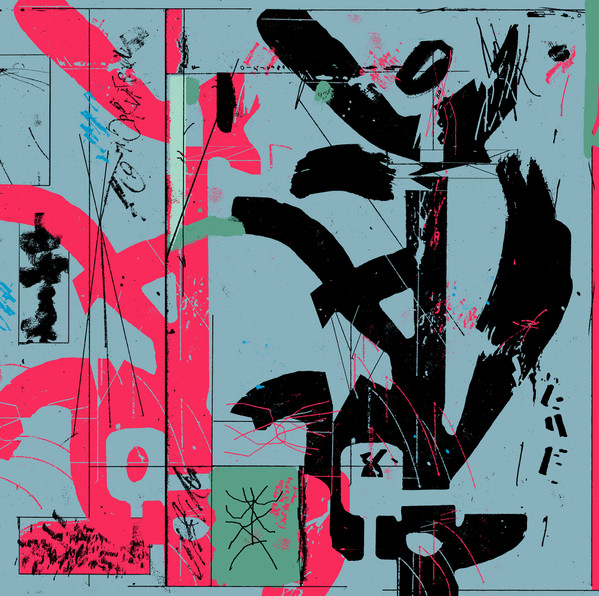 From their native St. Petersburg, Square Fauna evoke a score for imaginary protoplasmic oceans, surreal, sepia-tinged space operas and Russian sci-fi folk tales; lush, green landscapes littered with the burned out husks of automobiles, military vehicles, and askew telephone poles no longer in use though marked by pools of water in which can be found the debris of modern society.Primitive kosmische electronics and vintage spacescapes cascade around complex polyrhythmic percussion. Ethereal mists of gaseous reverb are scattered by windswept synths and white-noise striations.‘Meet The Fauna’ is as much of a cheeky nod to The Residents and Coil (or even Haroumi Hosono and John Hassell) as it is to the likes of B12, Black Dog, Richard H Kirk.A completely singular, modern sci-fi soundtrack for the discerning sofanaut. 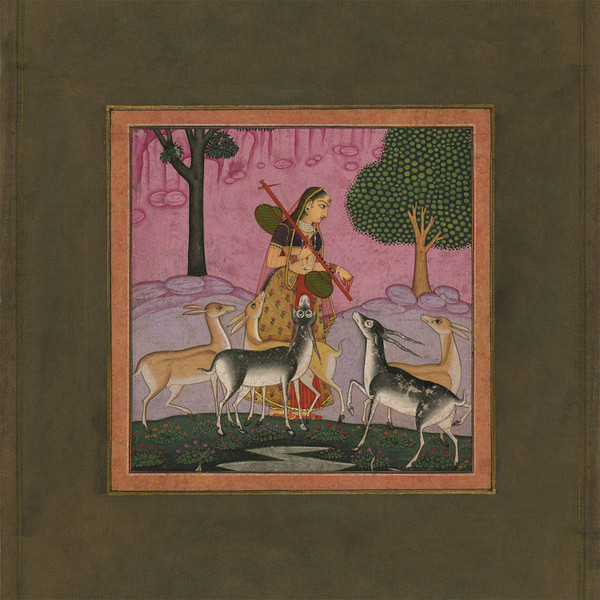 Matir Gaan is a collaboration between young Bengali migrant, Mohammed After Hussain and Italian electronic artist, Andrea Rusconi (aka Paq). The resulting album delightfully combines the ancient folk songs of Md After's homeland with Paq's cosmic synth exotica.Mohammed After Hussain escaped Bangladesh in 2015 and arrived in Italy in 2017 after a long and dangerous journey across the Mediterranean from the violence he found in Libya. In Italy he found safety and hospitality as an asylum seeker in Rimini's Associazione Ardea, where Andrea is involved with 'Ardea Recordings' - a project aiming to create an archive of songs, stories and sounds by some of the people who spent some time with Ardea's refugee programme.Md After was invited to sing and play the folk and village songs he knew on the harmonium and pakhawaj (two headed drum) while Andrea immersed himself in the songs providing a bed of warm Crumar synth and Veena drones to create a finished album of totally uniquela renditions of the mystic Baul folk songs known so well by people across the Bangla speaking regions of India.The Bauls are a famous group of wandering minstrels from the region of Bengal whose culture is derived from the teachings of the early Sufi mystics and Hindu Fakhirs. The Baul devotees are considered to be mad, or possessed, with the love of God. While transcending religion the Baul compositions celebrate celestial and earthly love and expound the key philosophy of “Deha tatta” or truth in the body, epitomised by the aphorism “whatever is in the universe is in the body”. They reach for divinity here in this world and they seek to access it through music and dance. They seek spirituality in the music, they live fo r the music, wandering from village to village offering ecstatic sound waves in exchange for sustenance. Their presence remains an important part of village life in Bangladesh, and this is why Md After knows the songs despite the fact he would not consider himself part of the Baul ascetic tradition.We hope you'll enjoy this wonderfully psychedelic album, with its unique interpretations of these ancient mystic songs from the earth.Comes with a printed inner sleeve featuring sleeve notes and lyric translations by Brian P. Heilman 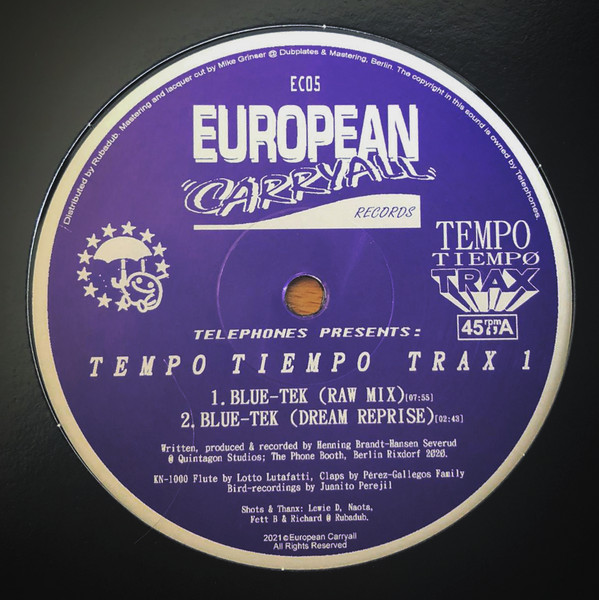 European Carryall hits release number five with more superbly stylish techno. This time out they get a call from boss man Mr Telephones, who markedly ups the pace compared to his usual antics across a couple of fierce new weapons. 'Blue-Tek' (Raw Mix) opens up and despite the name is a mega slick and smooth, high speed fusion of Detroit and Balearic styles into something utterly breezy and compelling. The Dream Reprise is a little more airy and then 'FV555' (Arkanoid Dusk mix) gets more deep and heady on the flip. A Suenotechno reprise then heads off into the cosmos for late night dreaming.