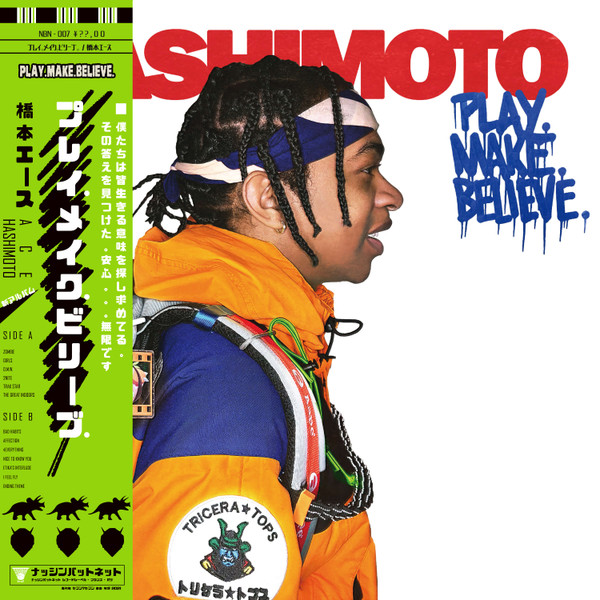 Ace Hashimoto is a contemporary R&B singer, songwriter, and producer whose smooth vocals, frequently applied to jazzy hip-hop inspired productions, resemble a distinctive cross between Pharrell Williams and Frank Ocean. The Chicago native has been active on the hip-hop scene, producing for SZA, Mac Miller, and Chance the Rapper amongst others before moving to Toyko in 2017 to hone his songwriting & singing capabilities. While living in Japan, he wrote for two of the country's biggest acts in EXILE and CRAZYBOY/Elly of J-Soul Brothers and collaborated with fellow label-mate, Devin Morrison. The following year, around the time he scored his first digital hit "Natural" feat. Moeshop (acquiring over 2 million plays on Spotify) Hashimoto began working on Play.Make.Believe, an album recorded over a 3 month span after returning to the United States. He was able to enlist the talents of pH-1 (of Jay Park's H1GHRMUSIC), H.E.R producer, Lophile & many more assist in crafting this beautiful nod to his influences.

The album's title, "Play.Make.Believe." comes from Hashimoto's acknowledgement of the music he grew up on as child and his effort to recreate that nostalgia for the future generation.

Nice To Know You 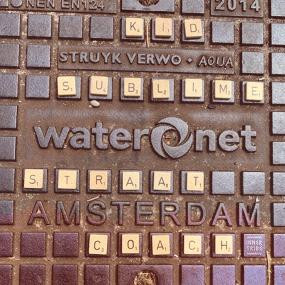 Born into a family of artists and musicians Jacob Otten began playing piano and drums at age 5 after hearing his grandfathers Duke Ellington record and trying to replay "C-Jam Blues". From that first pivotal moment Jacob- known as Kid Sublime- has since devoted his heart and soul to all things music. From his early days drumming in Hardcore Punk bands to touring the world with Brazillian band Zuco 103 and working in the infamous record store Fat Beats, he quickly laid down a strong and solid foundation to build his career as a producing musician and Disc Jockey. After trying out an Akai MPC 60 in the late 90's, Kid Sublime got hooked to the machine and a few years later he released his first House 12", "Tea For Two" which was later re-edited by Francois K. He then crafted a myriad of future soul classics for Dutch label Kindred Spirits like his 'Basement Soul' album. From House anthems on his own 'Ballroom Radio Records' imprint that have rocked dance floors all over the world, to Japan only albums that where so hot that the legendary BBE records re-released them so that more ears could hear KS's unmistakable sound. A true master of his craft, "Straat Coach" an opus of sorts, is his first full blown Dutch Rap album, humorous and witty but backed by insane 'bang it in ya jeep' style beats. 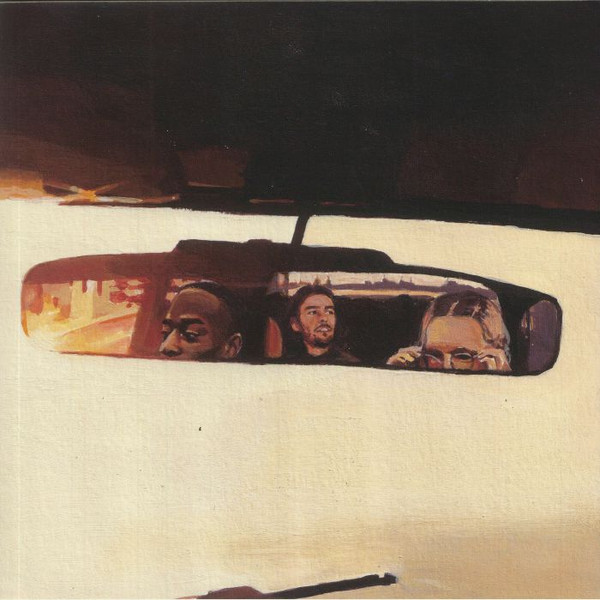 Cloud high in dreams, but h……

Touching Bass continue to prise open a distinct, exciting lane for themselves as a label home for forward-thinking, soulful music with the progressive second album (and third project) from Danish/Tanzanian trio, Athletic Progression — Jonas Cook (keys), Jonathan J. Ludvigsen (drums) and Justo Gambula (bass).'cloud high in dreams, but heavy in the air' sees the Aarhus-based band dive deeper into their intricately fused world of experimental, groove-based music. Recorded over the course of one week in Copenhagen in 2019, bringing together songs that had been marinating and evolving during their live shows, they finally felt ready to eternalise them in the studio. The rest of the album was written in in the studio, turning iphone memos of ideas from soundchecks into songs and improvising. The album serves as a time machine snapshotting processes and different times of Jonas, Justo and Jonathan's lives both personally and as a group, a current expression of past experiences.The album is mixed by Eric Lau (KOKOROKO, Yussef Dayes, Mansur Brown) and celebrates freedom and spontaneity at its core, beautifully capturing those playful moments where jams become songs. The title (which comes from Brother Portrait’s verse on “Extended Technique”) echoes that playfulness, while also contemplating on the realities of life and its important decisions.Sonic touchpoints include the space-leaning electronics of Brainfeeder’s Flying Lotus and Thundercat, the glowing dexterity of JD Beck & Domi and BadBadNotGood and jazz-fusion’s boundless nature, with rapper/poet Brother Portrait supplying the feels of London.Like all of our favourites they’re a band best experienced live, blessed with an uncanny ability to make three instruments sound fuller than most. As a result, they’re already familiar faces on Danish national television, have sold out multiple shows both at home and in Europe (supporting Moses Boyd and Alfa Mist) as well as receiving two Danish Music Awards and one Critic Award for ‘Best Musician’ between them.Outside of their own music, they’ve also played alongside talented contemporaries including Kaidi Tatham, Charlie Stacey, Erika de Casier and Taylor McFerrin in New York.With this album, a 20+ date European tour and a number of other exciting projects ahead of them, Athletic Progression are on the cusp of growing beyond their native Denmark and onto the global stage. 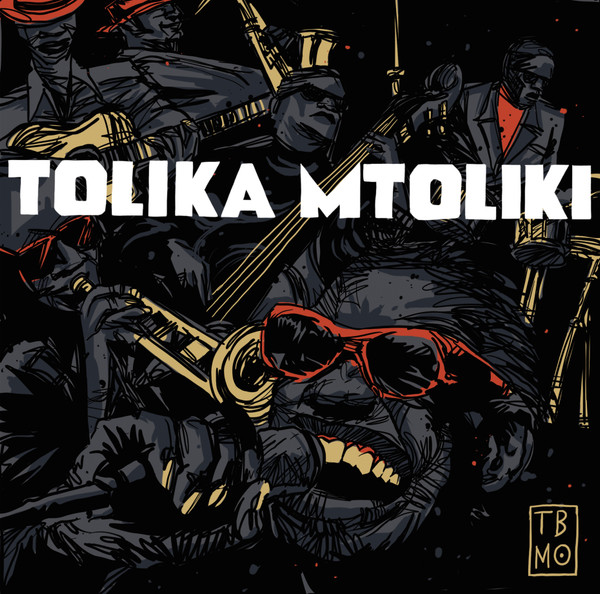 The Brother Moves On

TBMO first revisited the works of elders Batsumi and Malombo whilst on tour in Europe during 2018 and 2019. In collaboration with Matsuli Music an idea was seeded to record these works specifically for a vinyl release.With these recordings, TBMO work to re-stitch a torn cloth. These songs are critical shards of a fractured sonic, social and political inheritance. They are the sound-work of the elders – Mongezi Feza, Johnny Dyani, the Malopoets, Batsumi, and Philip Tabane, and they come with a blessing from Moses Taiwa Molelekwa. Called into the circle for this session, they speak old wisdom in new voices, and what they have to give is not measured in distance from a so- called original version.TBMO is a South African performance art and music ensemble from Johannesburg formed in 2009 by brothers Nkululelo and Siyabonga Mthembu whilst watching an episode of the US TV-drama The Wire. The name is a misconfiguration of a fictional character, The Brother Mouzone, from The Wire. Since 2009 they have released two albums, A New Myth (2013) and The Golden Wake (2015). 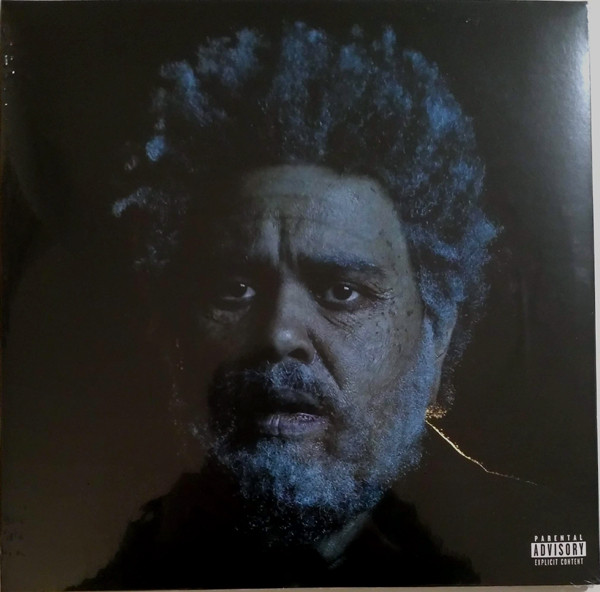 Devoted fans of Abel Tesfaye were left in a spin when the latest The Weeknd album dropped out of the blue, offering up lead singles 'Sacrifice' and 'Gasoline'. The expansive reach of Tesfaye's musical world knows no bounds, straddling pop, rap, electro and much more besides on a quest for life-affirming, show-stopping songs that burrow straight into your heart. The cast of collaborators on this record is staggering, from Tyler, the Creator, Lil Wayne, Quincy Jones, and Oneohtrix Point Never to Jim Carrey and Swedish House Mafia, would you believe. Through it all, Tesfaye's dazzling persona shines through, making for another classic from one of the most unique artists in the premier league of contemporary RnB. 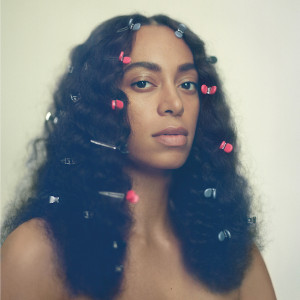 A Seat At The Table…

A Seat At The Table, is the new album from Solange Knowles. Solange describes A Seat At The Table as ''a project on identity, empowerment, independence, grief and healing.''A Seat At The Table was written by Solange, and features a host of guest artists including Q-Tip, Kelly Rowland, The Dream, BJ The Chicago Kid, Kelela, Tweet, Moses Sumney, Sampha, Sean Nicholas Savage, Nia Andrews, Devonte Hynes of Houston Texas and Lu of Carolina. 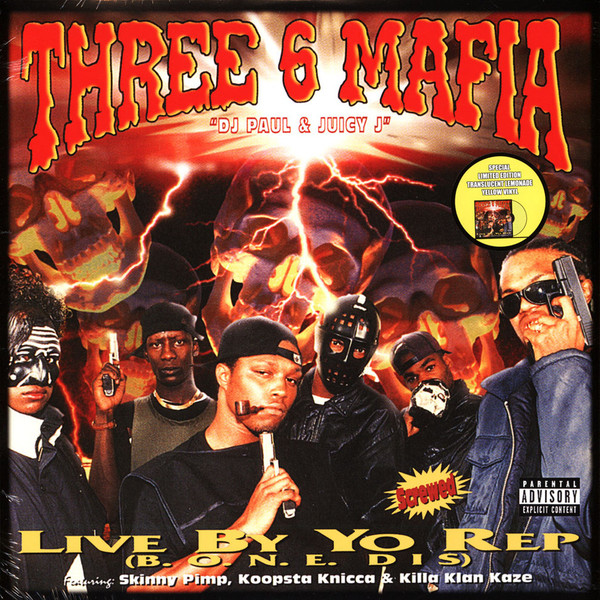 One of the more well known hip-hop feuds throughout the 90's, Memphis' Three 6 Mafia put out this album during the height of their ongoing tension with Bone Thugs-n-Harmony with a new re-release in 2022 following their "Verzuz" battle.