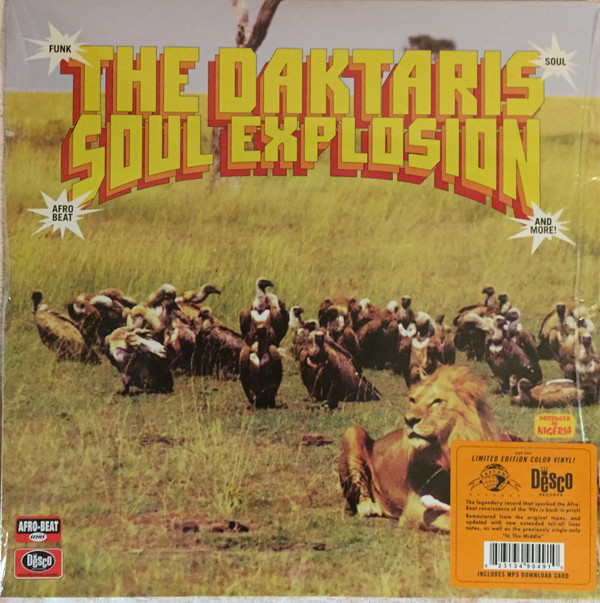 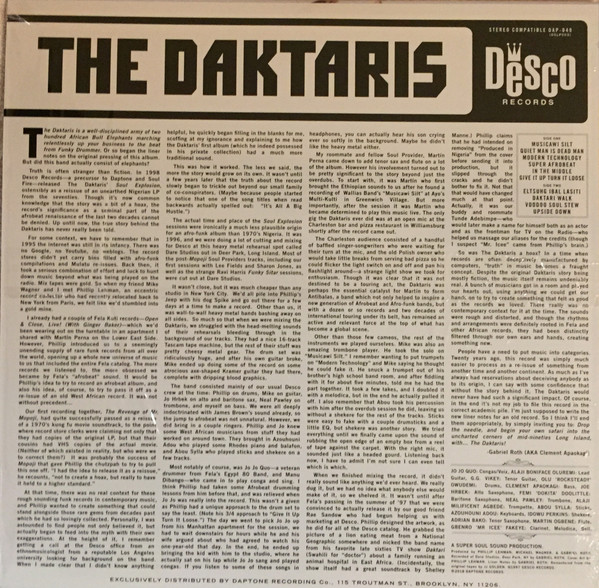 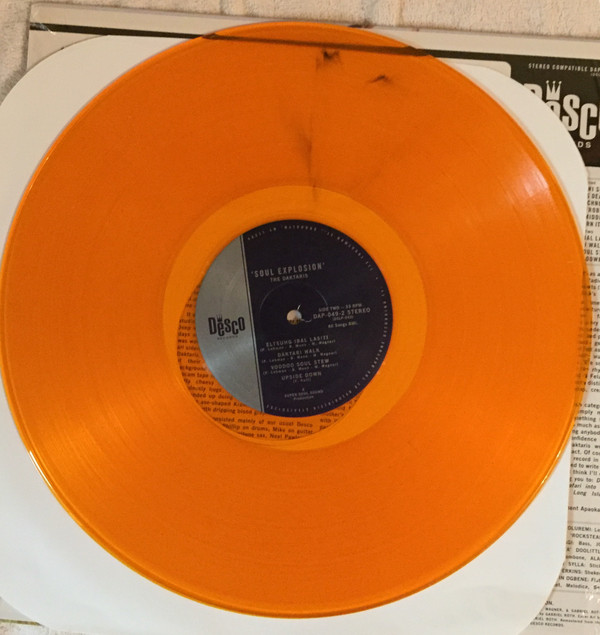 The Daktaris is a well-disciplined army of two hundred African Bull Elephants marching relentlessly up your business to the beat from Funky Drummer. Or so began the liner notes on the original pressing of this album...

Truth is often stranger than fiction. In 1998, Desco Records—a precursor to Daptone and Soul Fire Records—released The Daktaris’ Soul Explosion, ostensibly as a reissue of an unearthed Nigerian LP from the seventies. Though it’s now common knowledge that the story was a bit of a hoax, the record’s significance as a seminal part of the Afrobeat and afro-funk renaissance of the last two decades cannot be denied. The roots of the Budos Band, Antibalas, and uncountable others can be traced back to this enigmatic afro-funk release.

Now, two decades later, Daptone has remastered the album from the original tapes, including a bonus track that had previously only been available on a 45, and featuring extensive all new liner notes by Bosco Mann telling the bizarre true story behind the Daktaris sessions.

Out December 14th - Limited Translucent Orange Vinyl available (1 per person) while they last! Not included in Holiday LP sale.

Give It Up Turn It Loose 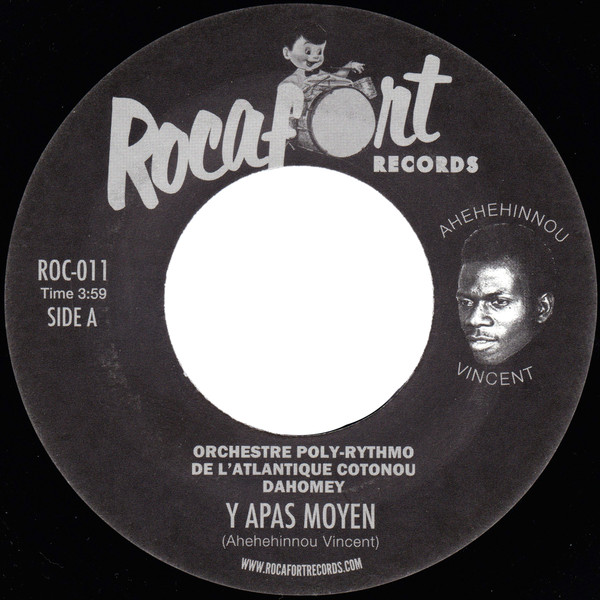 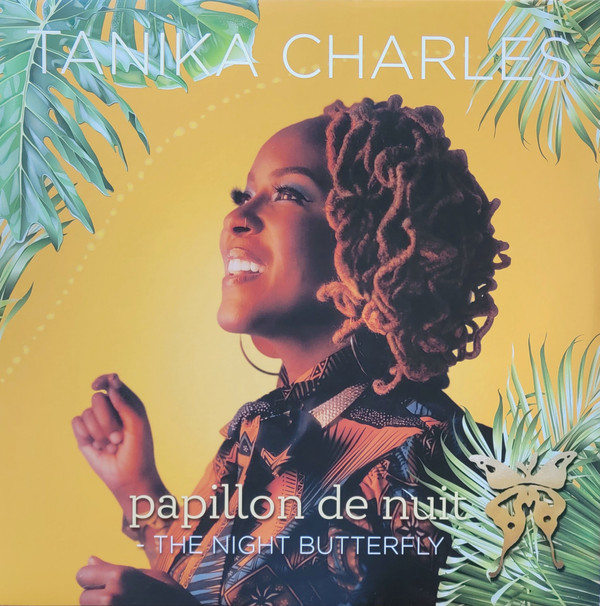 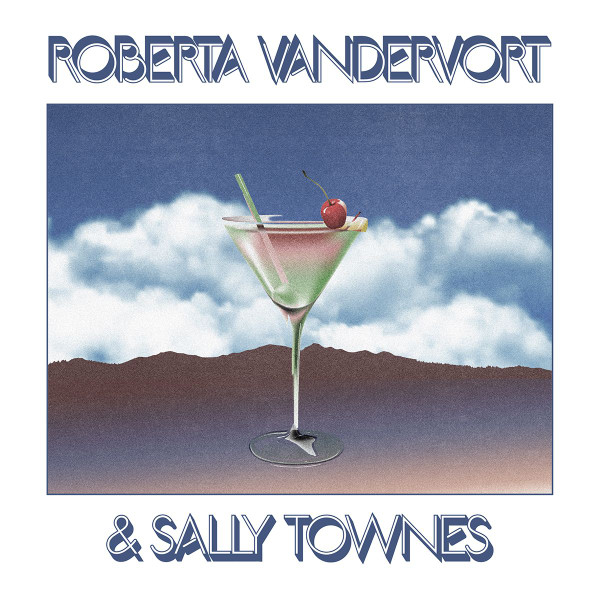 To enter the world of Sally Townes and Roberta Vandervort is to be swept away into a dimension of unique sound. Embellishments of smoldering jazz funk, seductive soft rock, breezy AOR, and misty folk, all paint a picture of the worlds which they inhabited; from the endless flat expanse of Dallas, the hot and humid bustle of a Bourbon Street night club, to the late night buzz of a Los Angeles studio session.While Sally Townes and Roberta Vandervort never crossed paths in our reality, their supernatural union on this compilation feels like the meeting of old, yet familiar friends, set in a parallel dimension with lives intertwined. The songs feel like old friends, too — a comforting time capsule of the popular sounds of the era, yet offering something completely new. Bridged by the striking similarities in their musical confidence, vocal conviction, and boundless creativity, both women encapsulate an uncompromising passion for living, loving, and creating on their own terms. 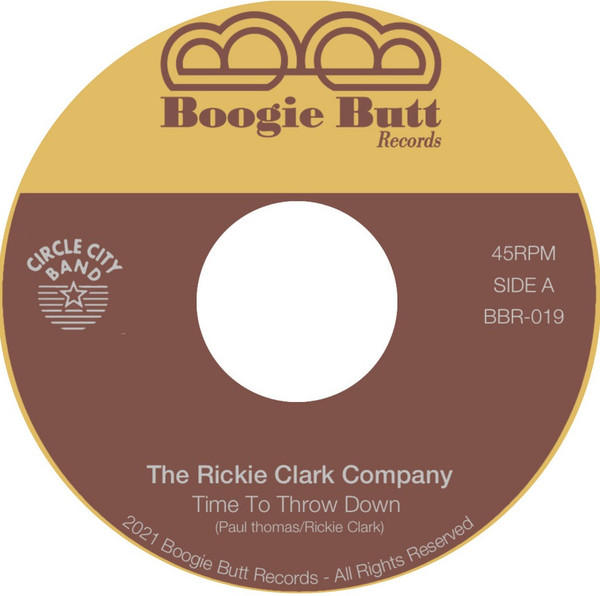 Time To Throw Down…

Time To Throw Down , is a Party banger , between P.Funk & Boogie , created by the one & only Paul Thomas , founder of "The Circle City Band". Bandleader Paul Thomas had produced 3, 12" single's released under the title "Circle City Band" in 1983-84, one of those records titled "Magic" became extremely popular in the mid 1980's, but this record was supposed to be the 4 th 12 inch single on Becket Records.At the same time in 1983, when Reggie Griffin and Paul Thomas was mixing this instrumental track in L.A., the reverend "Rickie Clark" originally from "Circle City" in Indianapolis, came to see them hearing what there was doing, and fall in love with this track, asking if he could used it for himself .The "Circle City Band" (CCB) is made up of eight remarkably talented souls. The band is lead and managed by founder, producer/musician/singer/songwriter Paul Thomas otherwise known as "P" aka the "FUNKY SKUNK" and also features longtime friends and mentors, including the legendary award winning, multi-musician/songwriter/producer Reggie “Mr. Everything” Griffin of TECH-NO-FUNK fame and others... 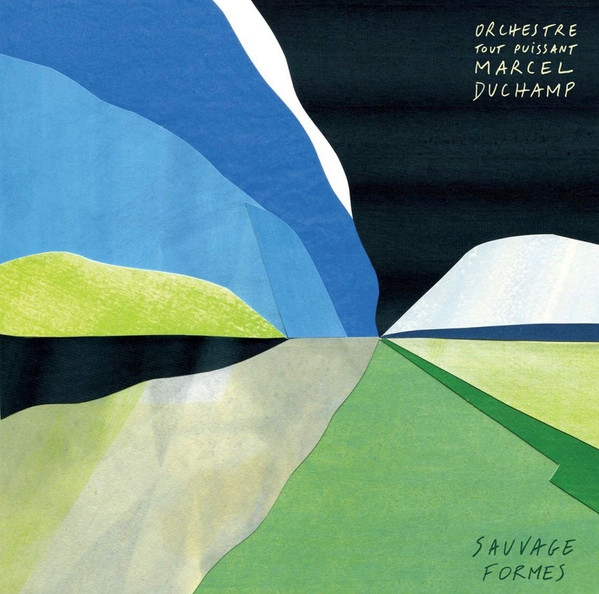 November 2016, 10 years of OTPMD. Vincent Bertholet, still resolute, finally realises his old dream of a'real' orchestra. And thus was born the project to expand the known horizon. The orchestra became XXL by assembling accomplices from the first hour, who had never really disappeared from view, and an English string section met along the way.From now on, they will be 14 on stage. An anniversary tour, prestigious stages and makeshift squats, unrestrained agitation as in the first days, and a larger chorus, more percussive than ever. The multi-headed Hydra gives voice in concert and the frail stages that host it groan under its weight. Nevertheless, it is in the studio that the foundation of a new adventure is forged. Back to England, in the imposing and magnificent building that houses Real World Studios. After Rotorotor (2014), John Parish is again at the controls.It's called Sauvage Formes, a shrewd title, because everything here is as geometric as it is organic. The incisive rhythms, doubled in XXL, trademark of the pack, mingle with the unusually melancholy brass. The guitar riffs express themselves in minimalistic cascades, and since the number of strings has tripled, they allow themselves the luxury of entwining with each other, like a carnal embrace without epilogue. The voices, more numerous than usual, recite, chant, lead the dance and poeticise, sometimes in French, sometimes in English, and, in the same spirit, the chorus takes the opportunity to shape the pediment of hymns to elsewhere.These 8 songs as beautiful as they are adventurous, it seems to be a story of a voyage, a torn logbook. On the horizon however, neither boat, nor rickety plane, neither map nor compass. Is it because the continent that is mentioned in these texts and melodies is not a known place, but rather a dream world, a land of asylum for rebels and the insubordinate, for the daring and the benevolent 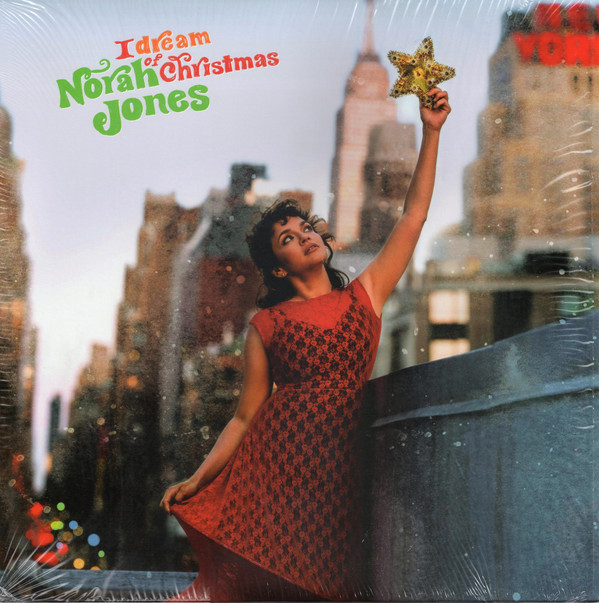 I Dream Of Christmas…